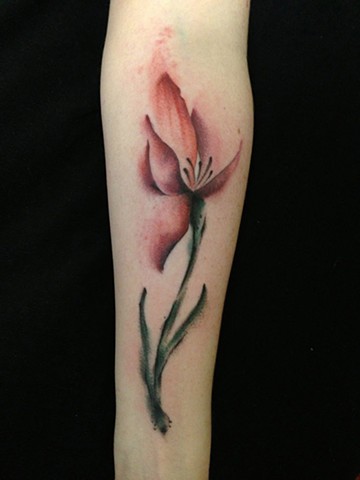 People bring me photos printed from Pinterest all the time. Actually, to be specific, women bring me photos from Pinterest. I don't think guys know what it is. Even gay gays don't seem to give a shit about Pinterest. Women do though. Women love Pinterest like they love shoe sales and starting ambiguous arguments. There are two or three photos in specific that I get over and over. Photos very similar to this one. If you're a woman and you're on Pinterest (and if you're one, it seems you're inevitably also the other) then you probably have these photos pinned to your board. I don't even need to tell you which ones, we both know you know. You'll say you don't know. You'll say everything is fine and nothing is wrong, but we both know that's not true either.

Tattoos are like relationships, to be totally honest, I'm half amazed when I can make either of them work right.