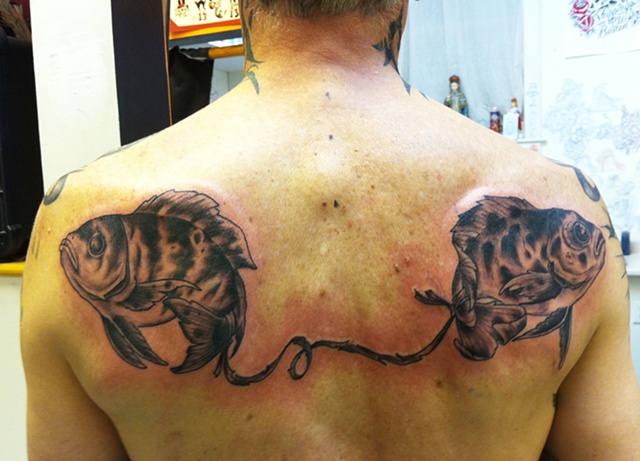 I used to tour with a band called Bear vs Shark. they broke up in late 2005. I've never accepted it. They're like the girlfriend that haunts me. i listen to the albums, pouring over images of the songs being played in their live form. I reminisce of the countless drives back and forth across the country listening to harry potter on tape. Of being yelled at every single night for texting while driving at 4 in the morning with a giant van, a trailer, and 5 dudes lives resting in the balance of the steering wheel on my knee. man, good times.